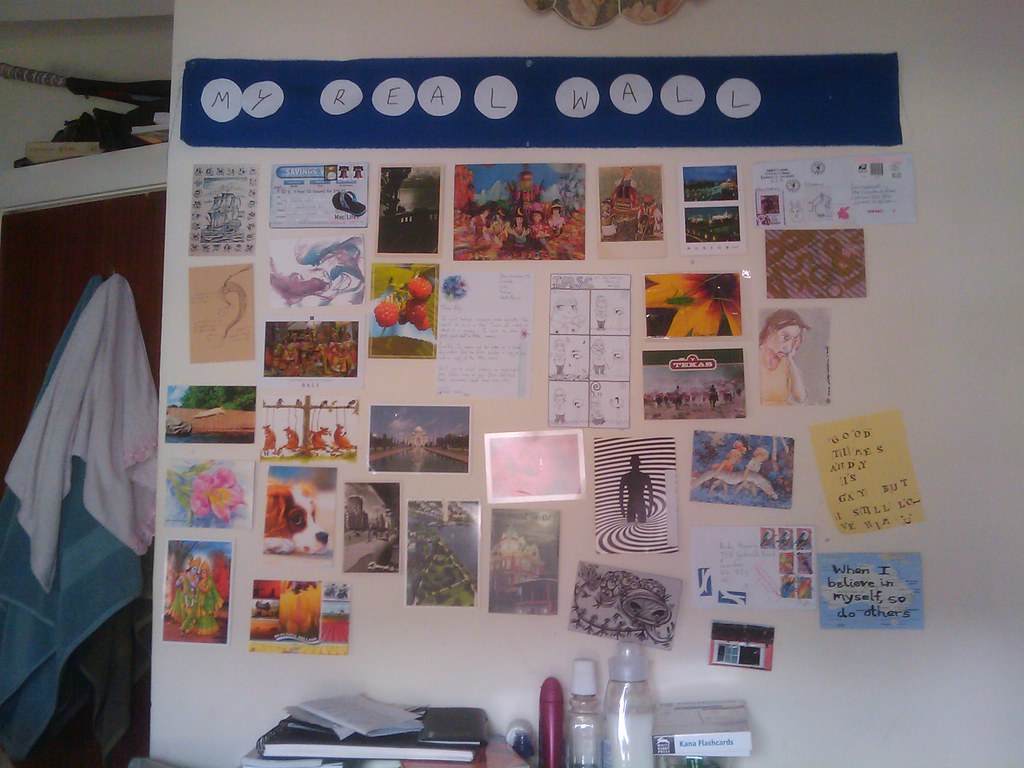 All new stuff from the last week. Can you spot yours? 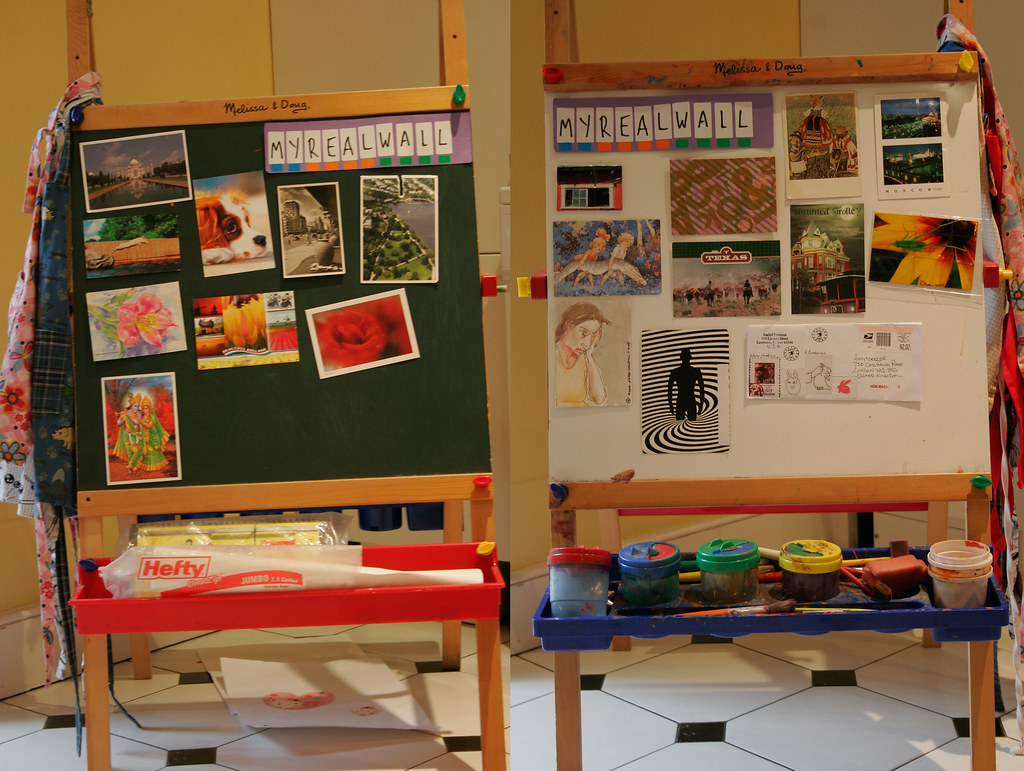 It's black. It's white. It's my REAL wall with your postcards on it! yay! 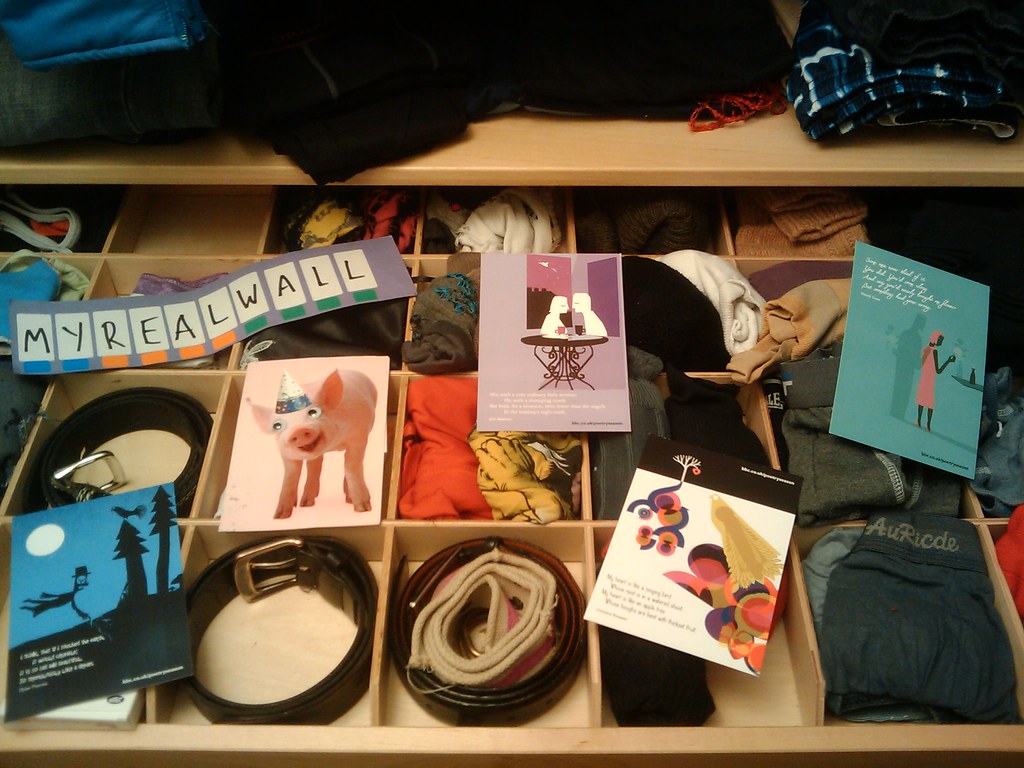 Since I met my girlfriend Elena, my REAL wall has been slowly metamorphosising. You may have noticed it developing if you're a regular viewer, as my cruds have gradually become less and less a feature of the site.

The reason for this is because when I was single, like all single men, I kept my cruds and socks until they fell apart. Apparently this sort of conservation of underwear is not acceptable in a relationship, and Elena has been systematically weeding my undercracker store until this weekend I had so few left I had to go and buy some new ones.

Here's my new improved crud and sock drawer, now showing the neat organisation system that she implemented too.

Under the thumb perhaps but absolutely loving it, and I must confess these new cruds aren't as bad as I thought they would be…
Today’s mailbox contained only post from friends I know in REAL life, which is a nice feeling. The pig postcard comes from Stew and Alex and the other postcards from a "mystery" friend in the South West. 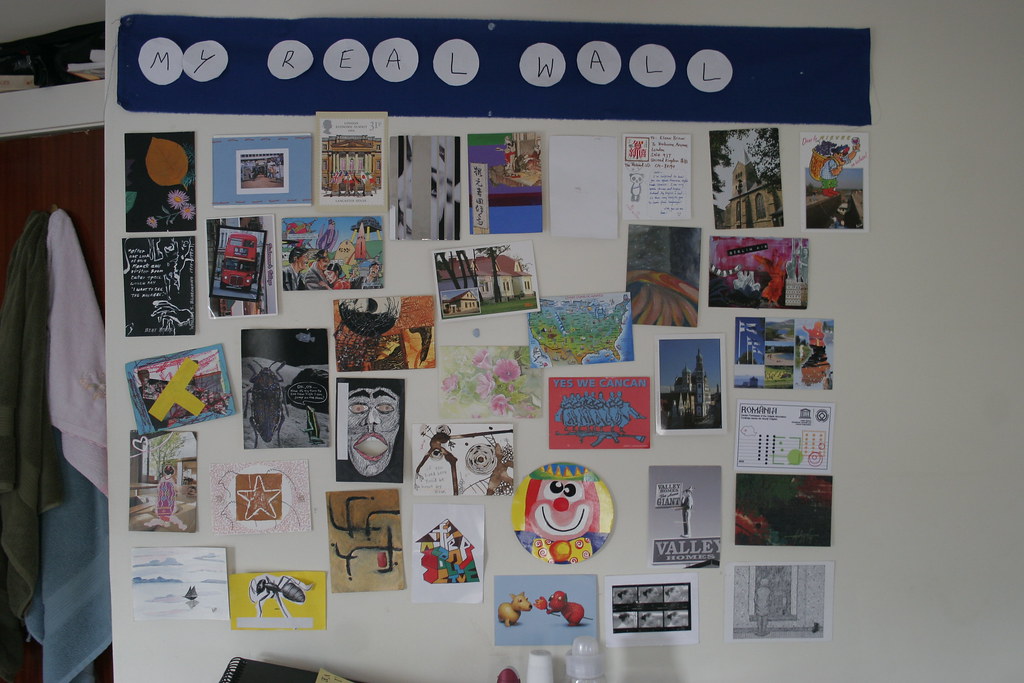 new #mailart in from @epic_icons and postcrossing from the US 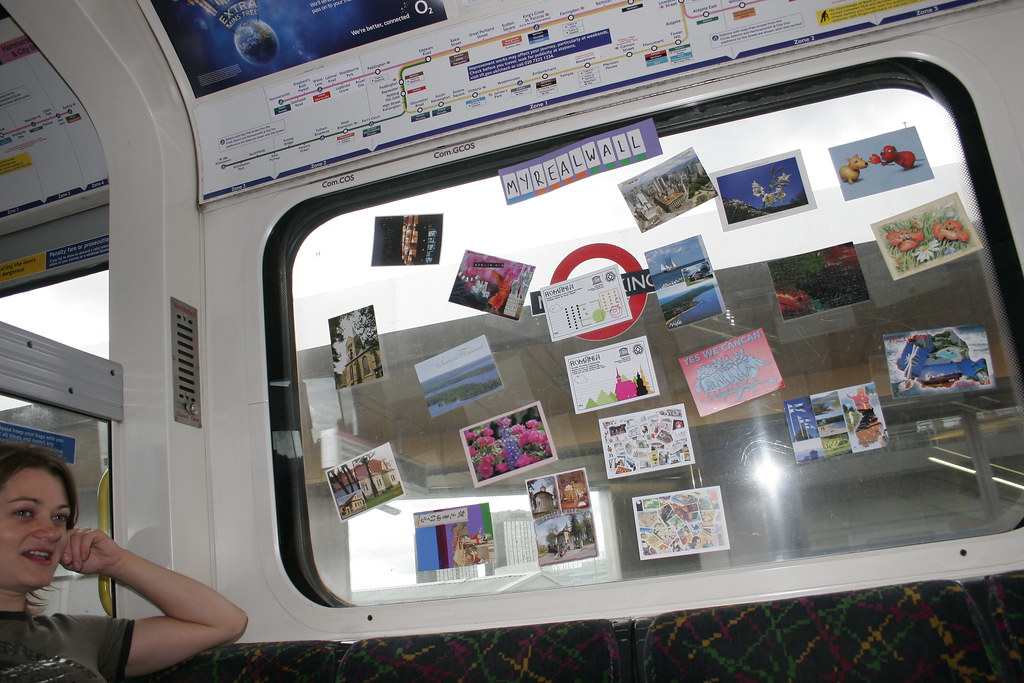 my REAL wall – July 13, 2009 – On the tube between Goldhawk Road and Wood Lane, originally uploaded by andytgeezer.

An all new postcard wall featuring only new stuff from the week sent in by you.

Notable additions include Romanian postcards from Mircea, #mailart from @mikesorgatz, and @buffaokid, some awesome postcrossings and a gem from shivablack 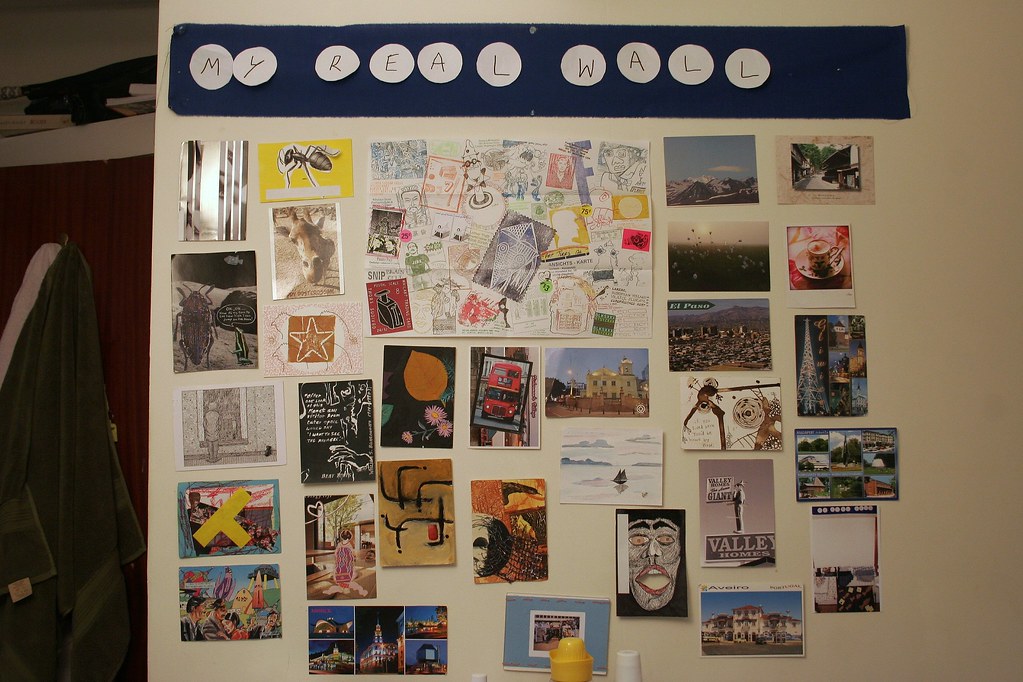 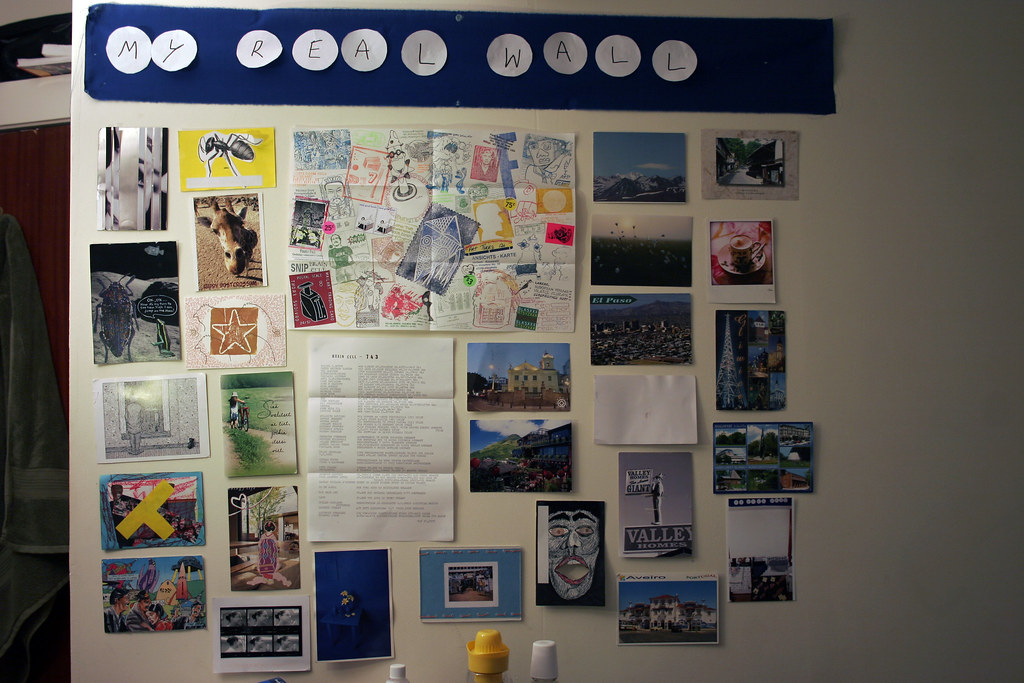 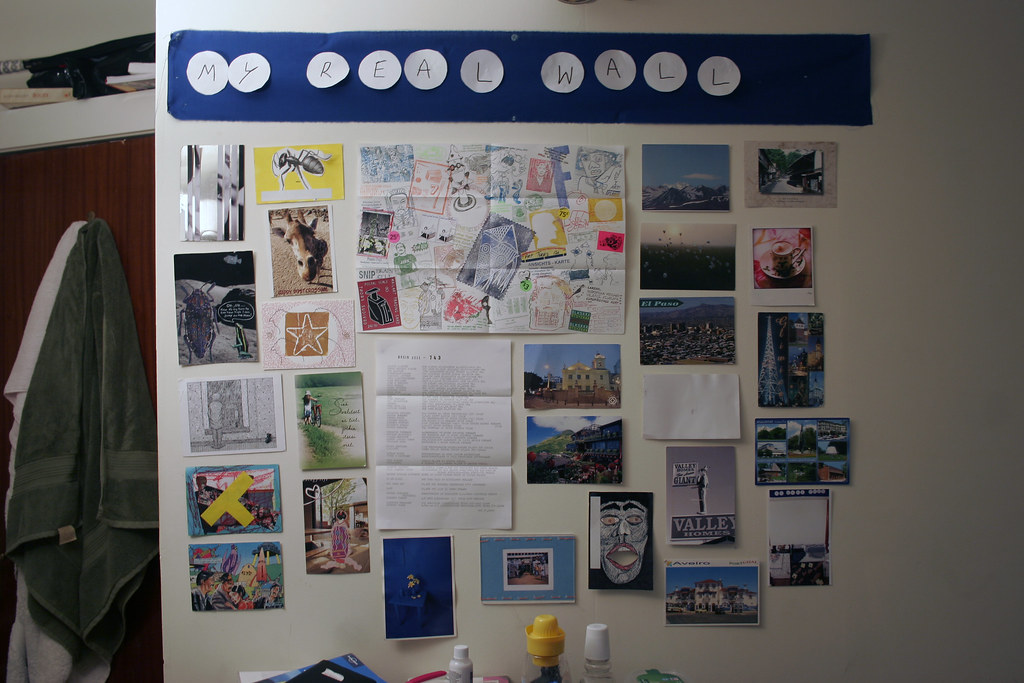 I moved all my furniture around last weekend so that I could use a larger, more vertical wall to display your post. This one has a bookshelf underneath it so you won’t get so much of an eyeful of my cruds, mainly because these days with a girlfriend I figure that Elena probably doesn’t REAAAALLY want her knickers on display. Who said romance is dead… 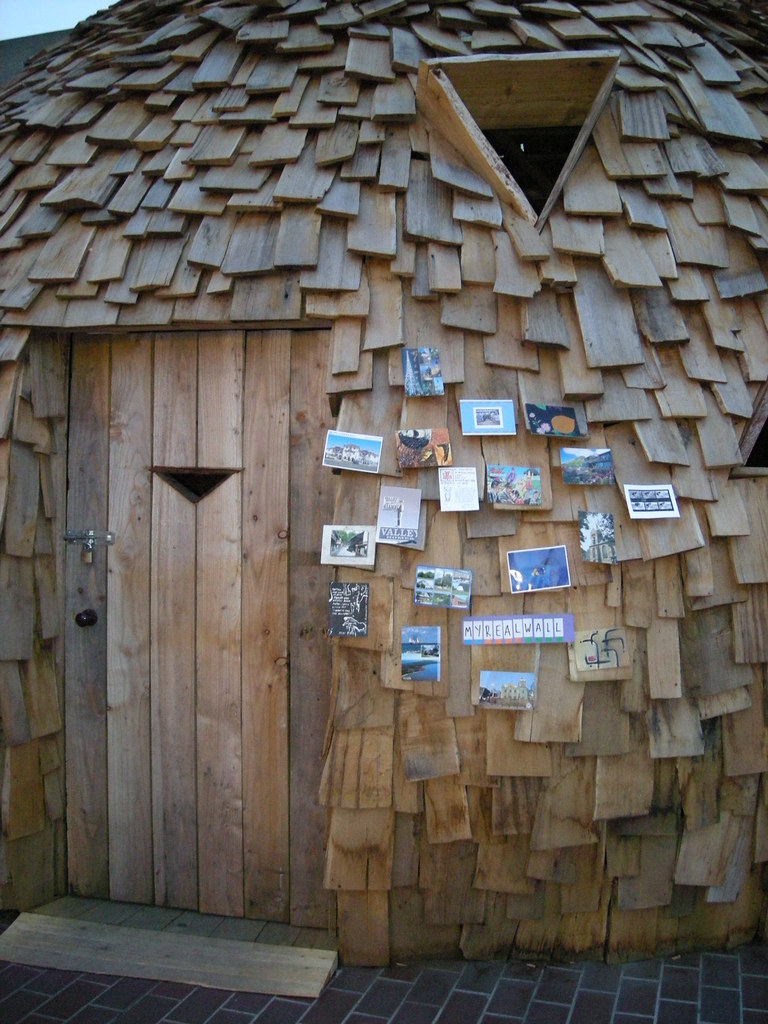 My 5th REAL wall of the day, showing your stuff on a wall of a wooden house built in the forecourt of the Barbican Centre 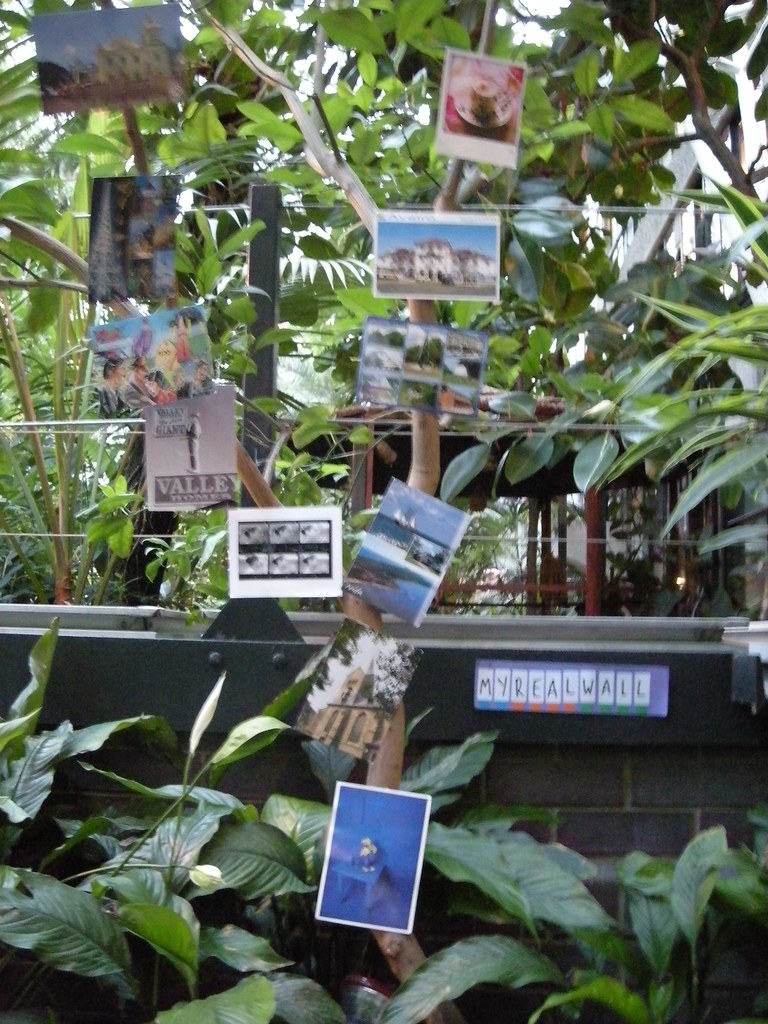 There was a private party being held in the Barbican’s conservatory when me and Elena arrived and they wouldn’t let us in.

So we decided to slip in a back door and put up a REAL wall of your postcards on a tree when they weren’t looking!

Yay! for mischief and his fab girlfriend!

Apologies for the blur, had to be done in a rush before they kicked us out!