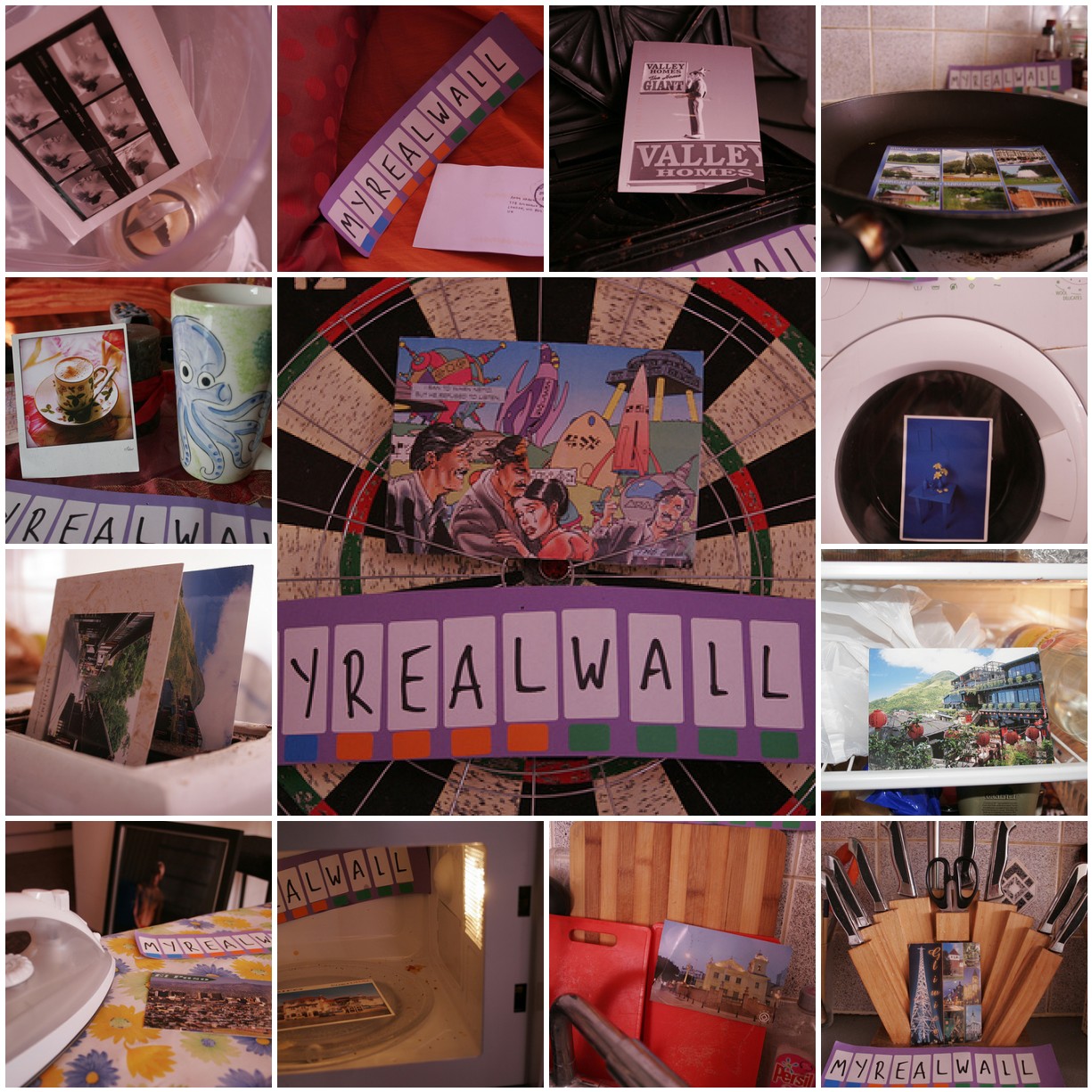 my REAL wall – June 30, 2009 – Postcards and the kitchen sink, originally uploaded by andytgeezer.

I received 10 postcards today and decided that there were enough to make a nice collage around my kitchen. Yummy.