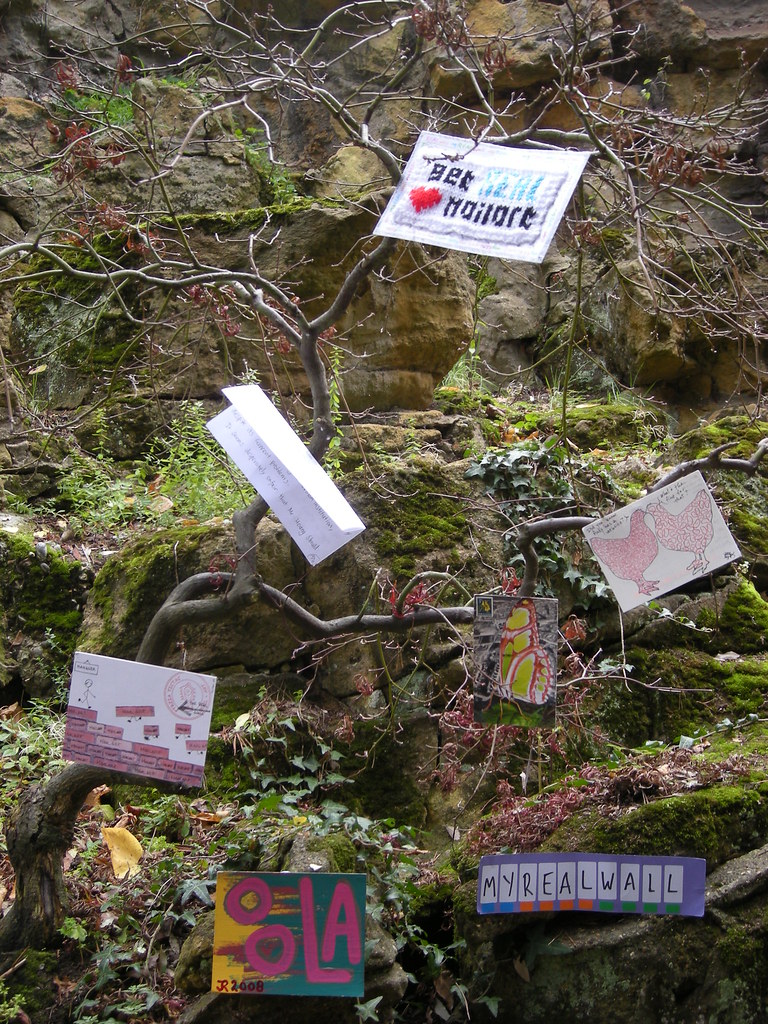 I got a bit of a shock call today from the editor at Westside magazine, who called to say that she was writing the article that is due for the December edition today!

It seems that my REAL wall vs Hammersmith council will indeed make the December paper and online editions, but the edit date was much sooner than I thought.

As a result, I decided to quickly try and get in the protest post from you that I have already received. Over my lunch break I ran outside to the rock garden and found an appropriate Bonsai sized tree and set about sticking all your protest mail to it.

This is the REAL wall I sent in, a protest tree with protest mail from RejinL, Mark B, Ruud Jansen, TicTac, Dumpsterdiversanonymous, and Okadascat.

Not sure what exactly what pictures the paper are going to run with, but I’m just happy I brought all your mail to work today. All these pieces and all the pieces I have seen online, like this awesome one from Lorraine Kwan and this piece of social commentary from Feltypants as well as the hilarious footballing one emailed from Neil G, are now in the editors hands in digital form, so let’s see what the magazine do in December!

But don’t stop sending in, as I’m going to push for even more press coverage, following the revelation that local councils are using actually anti-terrorist legislation to snoop on their residents! This may have some way left to go yet…

One thought on “my REAL wall – Protest Tree”