As regular follwers of my REAL wall already know, we had a little trouble from the council recently, who are convinced that this bit of international postcard fun is a business.

I thought I’d send them a little message courtesy of the people at Nokia, who filmed me yesterday at Tower Bridge for their next viral advertising campaign, and I thought I would use the opportunity to make a small announcement to the council and to thank all my super fans from around the world who have sent post for my REAL wall. 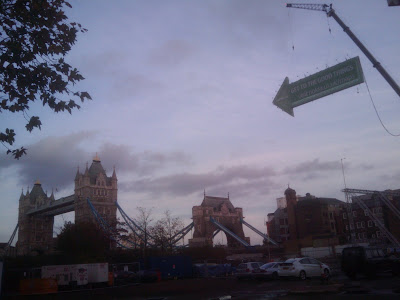 Here's what me and Elena saw when we turned up at Tower Bridge for the filming of the Nokia advert yesterday at about 4pm.

A 50ft screen shaped like an arrow was hanging from a crane advertising Nokia maps.

I was scheduled to have the message

"Thanks to all the people who have sent post to my REAL wall. The council will never get us!"

The filming started later than expected and the light was not great by the time the shooting started, and the message had been edited so that by the time it went out it lost a lot, so consider this an insider gag to fans of my REAL wall.

“To all the postcard senders” 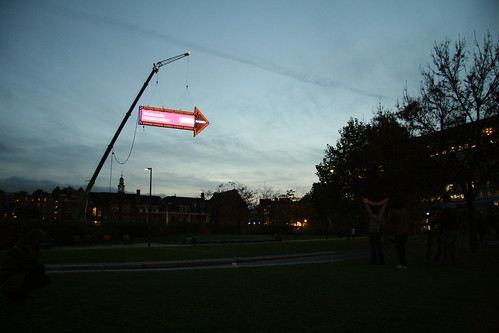 “You are all fantastic!” 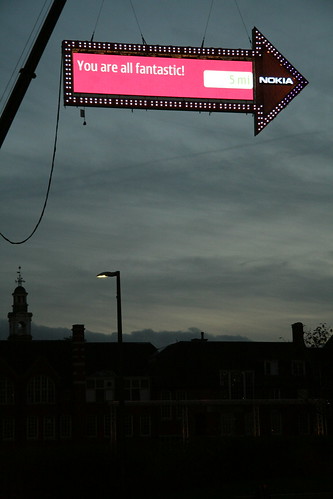 “The council will never stop us!” 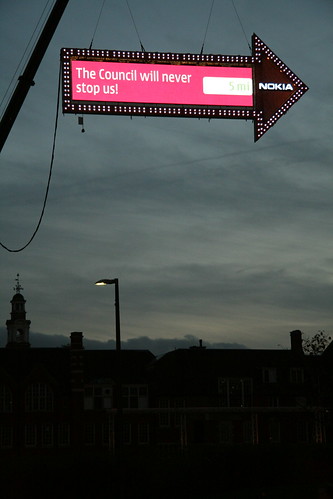 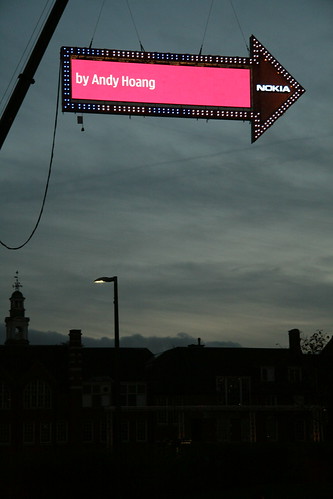 I was a little miffed that the words “my REAL wall” were unceremoniously dropped (it was too late to do much about it at the time) and the filming took place so late with such poor light I don’t hold much hope of it being screened, but I will be sending the pics to some local papers to make sure that the pen-pushing jobsworth who sent me the demand letter gets the message…