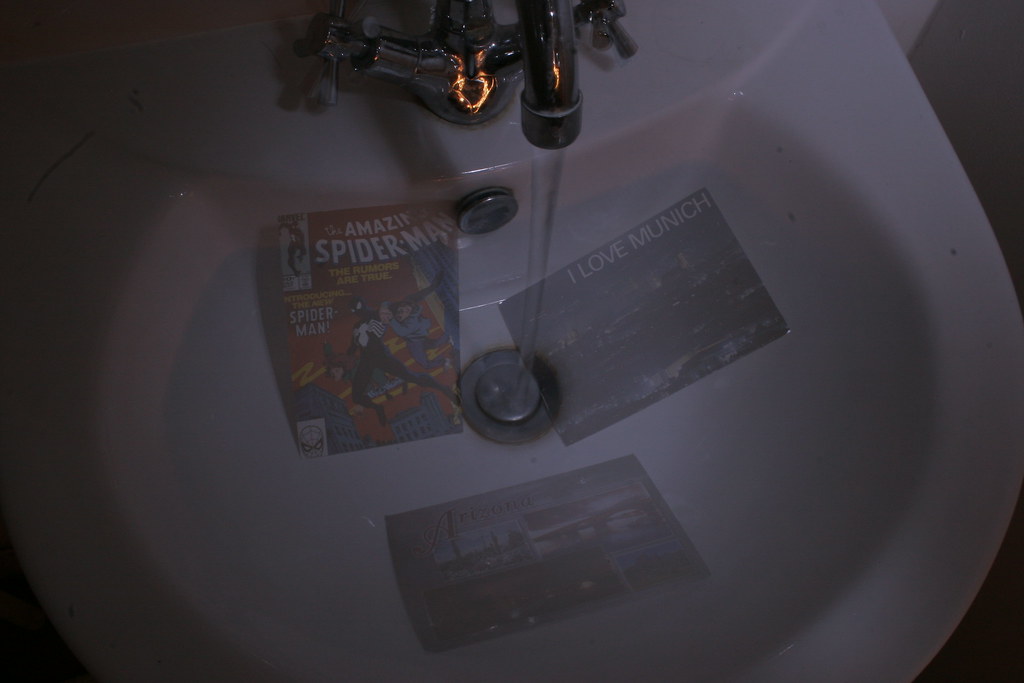 my REAL wall – Is it postcard oblivion?, originally uploaded by andytgeezer.

I’ve had this idea knocking around in my head for a while – postcard oblivion…or is it…?

It’s been a while since I stopped to really play with my digital SLR and so I thought that tonight I’d take my baby out of her bag and put some postcards in the sink.

In order of appearance from top left, is a Spiderman first black suit appearance (soon to become Venom and spawn Carnage in case you care) from Mimi in Texas via Swap-bot. I absolutely love Spiderman as I’m a big comics fan, so this is an entirely awesome card and is gonna get a swap-bot star.

Top right corner is a surprise postcard from Munich from Stalex. This came in today and was a huge surprise given that me and Elena were actually on holiday with them in Munich this weekend – Nice one guys!