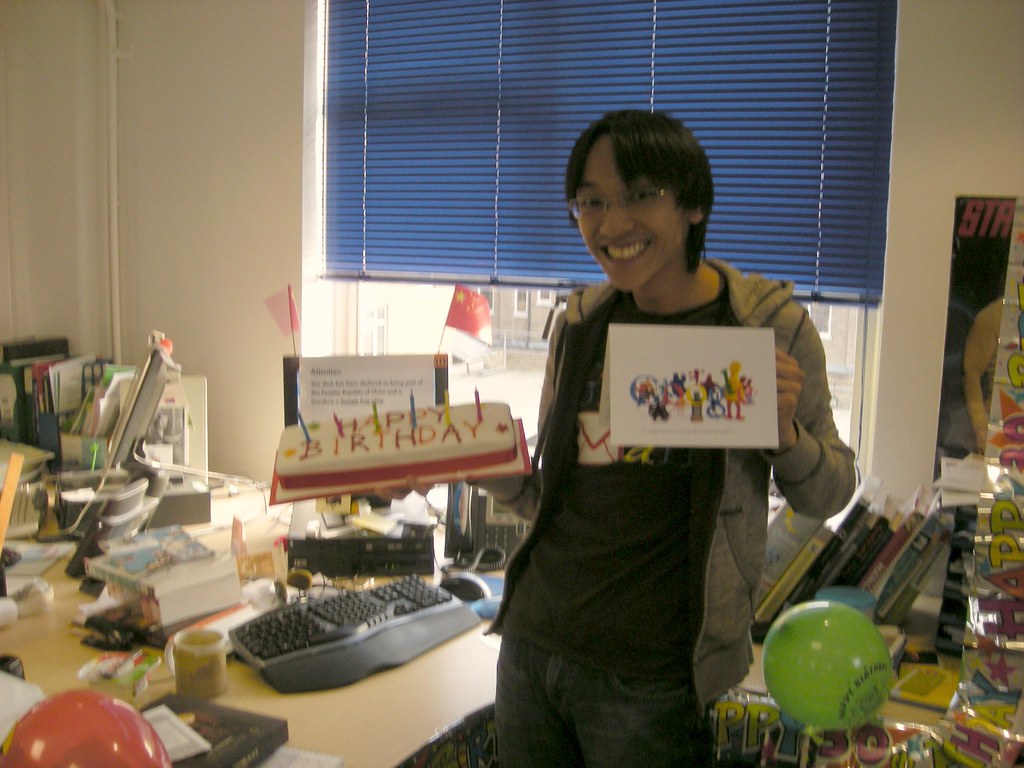 my REAL 30th birthday card from the team at work, originally uploaded by andytgeezer.

Having taken the day off for my birthday to go to Portugal, I came back to my desk to find that it had been taken over by the People’s Republic of China!

Everyone who has to spend any time around me at all knows that I am a HUGE Google fan. I was an early adopter of the G1, I actually like Android and I have Chrome as my default operating system.

So appropriately, my birthday surprise had lots of references to the big G in it. The computer had Chinese flags all over it and a notice saying that it had been taken over by the Chinese, so I was to cease and desist using Google products.

The only birthday card I received this year (yes imagine that! Manager of my REAL wall receives only ONE card for birthday – scandalous!), which was from the team was a Google card with the Google Sesame Street logo on it "Brought to you by the letter G and the number 30…" and there were balloons organised in the Google colours.

2 thoughts on “A birthday surprise from the team at work”