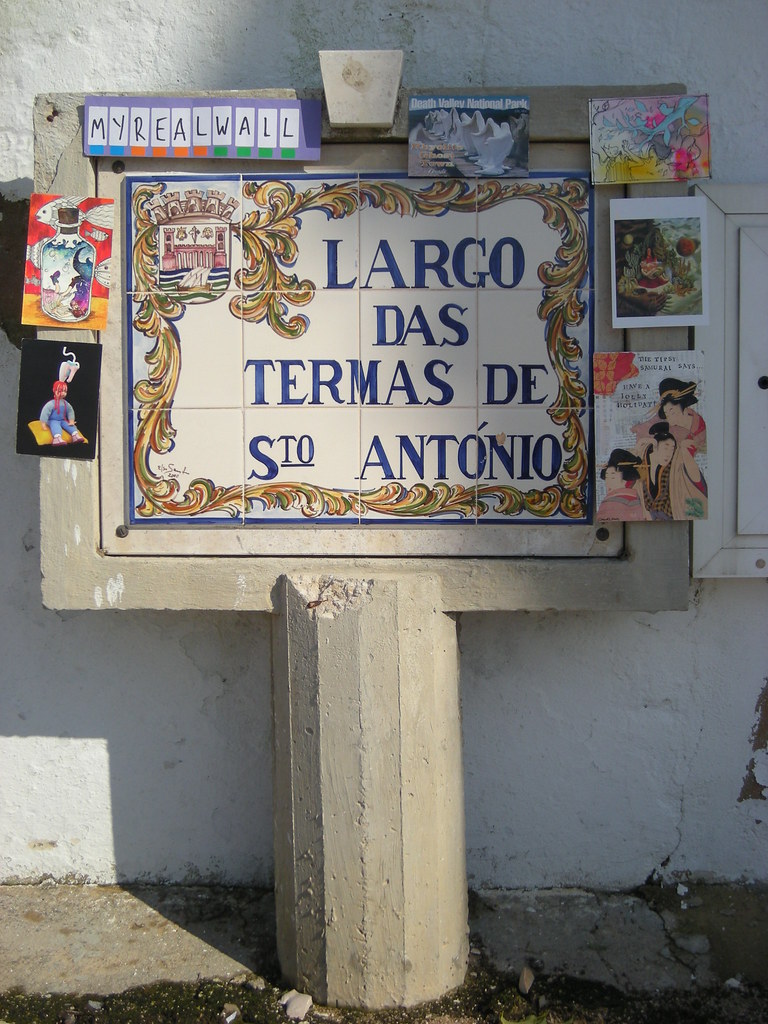 my REAL wall – 24 Jan 2010 – The Road to Tavira Island, originally uploaded by andytgeezer.

This was the very last REAL wall I took aged 29, and was taken in Tavira in the Algarve, southern Portugal on the way to Tavira Island.

Having been born in January, booking holidays for my birthday is always cheap. One other bonus of the off season is that no-one else goes on holiday, so when we got to the island of Tavira, me and Elena pretty much had the whole expanse beach to ourselves! With no-one around, we pulled out a pair of deckchairs and collected pretty shells for a whole afternoon unmolested.

Neither of us are particularly into swimming, but nothing beats lounging around on an empty beach!

Thing is, being January and in the Mediteranean, it was warm enough to fall asleep on the beach with our jumpers on, but cold enough to wake up with a cold, and that’s exactly what we done. Since coming back Elena has had a cold and is only just now getting over it. Awwww.

(As you can see it’s the same postcards as we thought there was going to be a lot more to do so didn’t bring that many!)