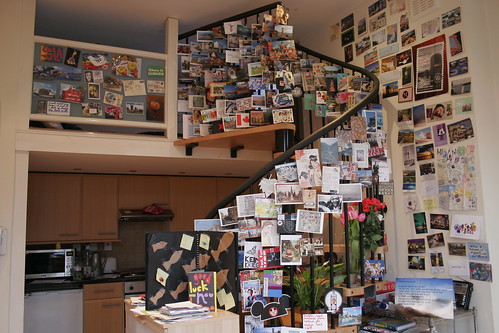 It was a year ago today that I decided to close down my facebook account and start accepting REAL post only for my REAL wall, so today to celebrate the first year of my REAL wall, me and Elena spent a few hours sticking as many of the received post on the walls of the house as possible.

It’s been quite a year and no-one could ever have guessed that one silly idea that I had one morning would blow up into such a success.

Since starting my REAL wall, I discovered postcrossing, IUOMA, sendsomething and swap-bot. I’ve sent nearly 100 postcards on postcrossing and appeared on the postcrossing blog.

Also, to defy all the facebook-loving friends who were sure that leaving facebook would spell certain love-disaster, I met the girl of my dreams, who turned out to be possibly the only person I know who is NOT on f acebook. She’s perfect! And now we’re engaged!

Not only does she not find it inconvenient that I’m not on facebook, she loves it! It means I spend more time doing stuff with her in REAL life, and Elena makes most of the walls with me.

my REAL wall has also seen lots of other media action, most notably my REAL wall vs Hammersmith Council, after my local council sent me a demand letter for £5000 for business waste disposal after they assumed that the amount of post I was receiving must have implied I was running a business! This led to appearances in all sorts of newspapers.

Then last month, the stairs in the centre of the picture were in the money section of the Sunday Times, but try as we might we couldn’t get any postcards in there. 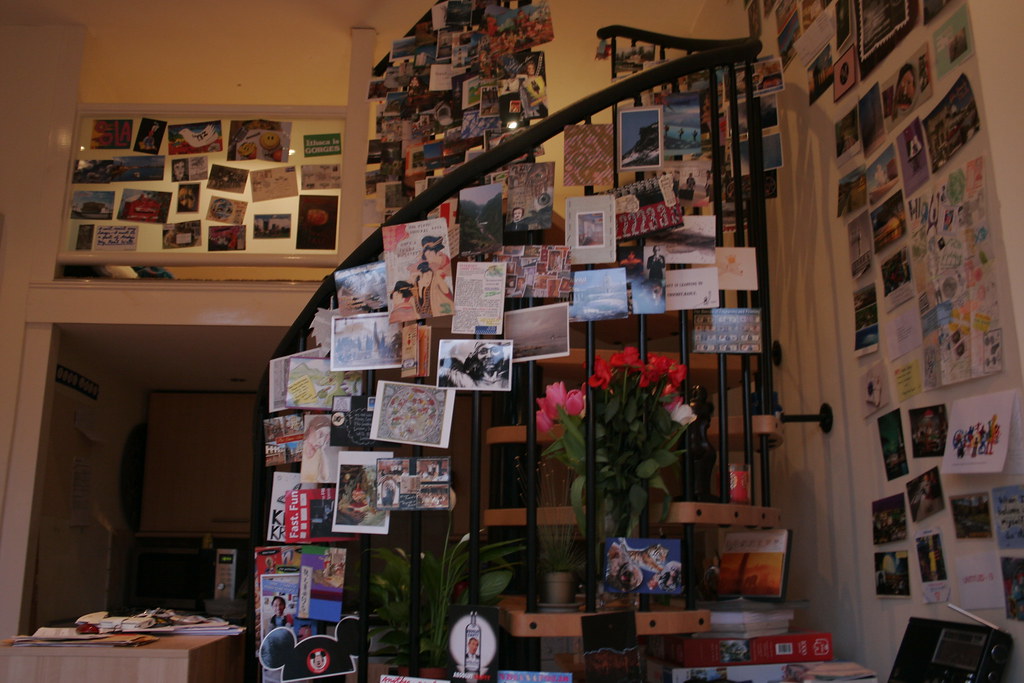 In just a year, I gained the confidence to become a fully-fledged mailartist, and my REAL wall has been involved in a number of art projects, including the month-long inaugural Twitter #mailart project in July, The 100 and Thing-a-day 2010 (official and unofficial) and I’m pretty sure there will be plenty more.

Postcards sent from around the globe have travelled with us far and wide to Austria, Romania, Portugal, Switzerland and of course all over the UK. People have sent pics of their own walls too, from Holland, Australia, Iceland, Malaysia, France and beyond.

So, one year down, countless postcards later and my REAL wall has far exceeded my expectations. Thanks for all the support everyone and here’s to another one!

3 thoughts on “my REAL wall – One year anniversary edition (Click the photo to see annotations!)”