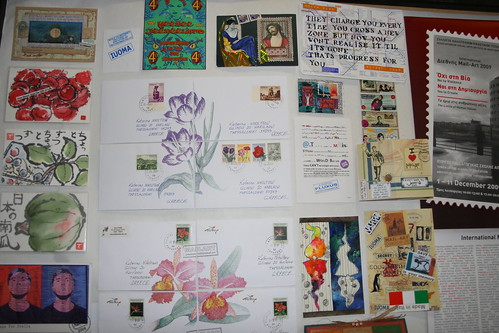 I think this is the first time that my mailart has been on public display in a mailart show in a gallery.

My mailart piece is the one in the top right hand corner, with the tube map and rubber stamps. A few others may have received this or be in line to receive one, as I’ve gone through a bit of a funny phase of making these lately.

In the last year I have developed a thing about expressing change in my mailart. To me a picture postcard represents the ultimate expression of freezing a moment in time, both spatially and temporally. What better way of capturing a moment than to take a picture and what better way to freeze that moment in the collective consciousness than to create a postcard.

So in my mailart I look to subvert the trend by taking postcards and images from the past and fusing them with the present, and if I can the future.

To do this, I take antique postcards and images and then look for the equivalent image today, either by going there and photographing the exact location myself, or getting the next best thing

Initially the idea of cutting these old pictures in half repulsed me I confess. It was like desecrating the past. The past it seemed, held a power over me and I I viewed it as sacred and unchangable.

After I cut through the first few though, I realised that by combining images of the past with those of the present I could create a link between the places in time, then by sending them away I could break the hold of the past on my psyche spatially too.

Fusion of past and present within the borders of the frame was a liberation not only for me but also, I felt, for the postcards, which had stayed frozen in a past they could not escape. 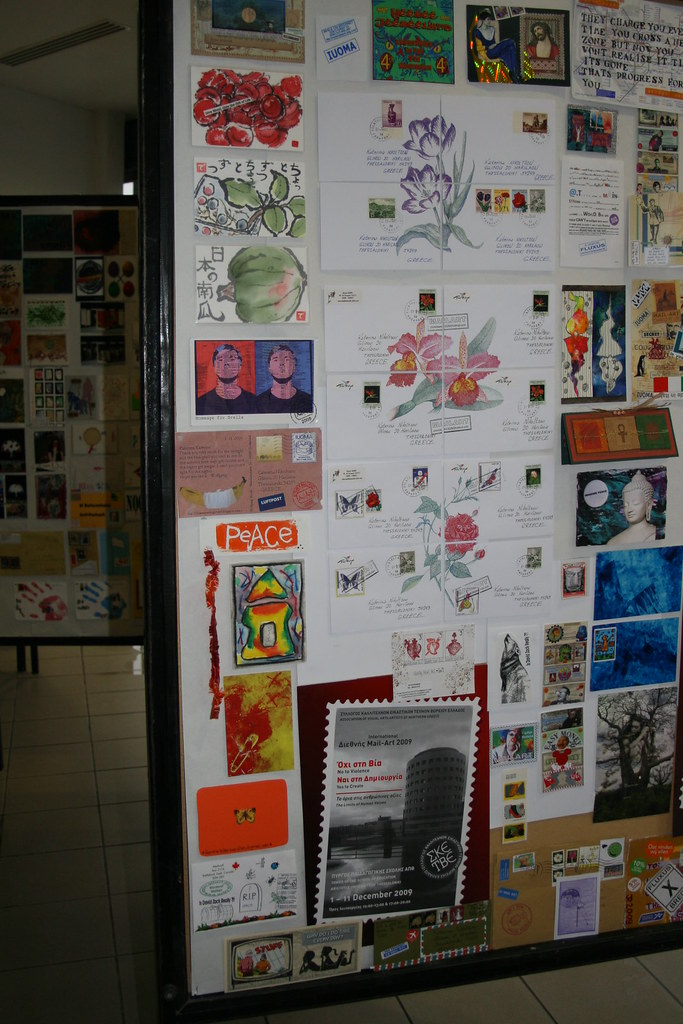 If you click the first image, you’ll go through to the flickr page where you can see the notes on the other pieces on display that I know. My mailart joins the esteemed company of some of the most awesome mailartists in the world, including the incredible Cross-Ryu and Dosanko Debbie, as well as the prolific Test Tower and Jennlui.

I am indeed humbled