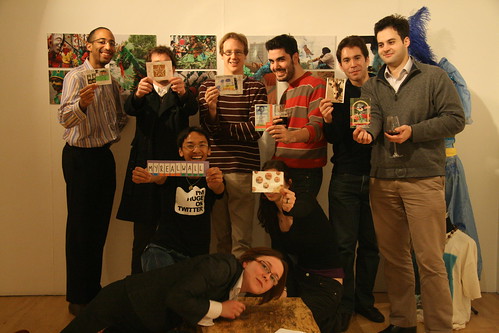 It’s been a hectic few months for me and Elena. As well as taking up study courses on top of our full time jobs, over the past few months I’ve been busy with a small team of photographers putting together my first photography show, which opened last night!

The show featured the works of 4 photographers including me, who followed my carnival group on tour last year. I’ve been doing Notting Hill carnival with the Yaa Asantewaa carnival arts group for nearly 10 years now, making the costumes with the team after work every summer as a volunteer then touring on the road. You may have seen some of my carnival photos on my flickr site over the years.

A few years ago I started getting into photography and decided to spend one year behind the lens instead of in front of it on the road for carnival. Although the pictures for that year were great I felt like something was missing from them, namely me, so over the years I have slowly convinced photographers to join the group, so that I could spend more time in front of the lens where I belong, and this year my photography group toured with us on the road to France and Germany as well as at Notting Hill in London.

Last night’s opening showcased the works of these great photographers, Olga, Manuela and Jana as well as some of mine. The photos will remain on the wall until the 23rd of May at Tabernacle, so if you didn’t make it to the opening you can still catch the photos until then.

More shots from the opening night can be found on Olga’s flickr profile.