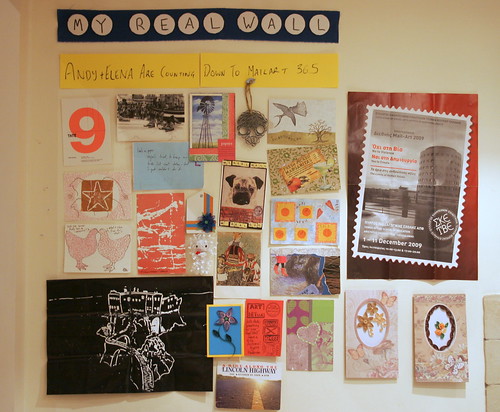 5 thoughts on “my REAL wall counts down to Mailart 365”