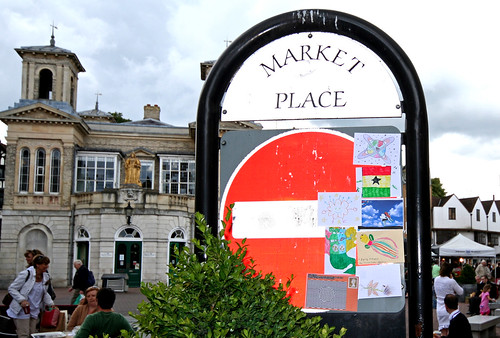 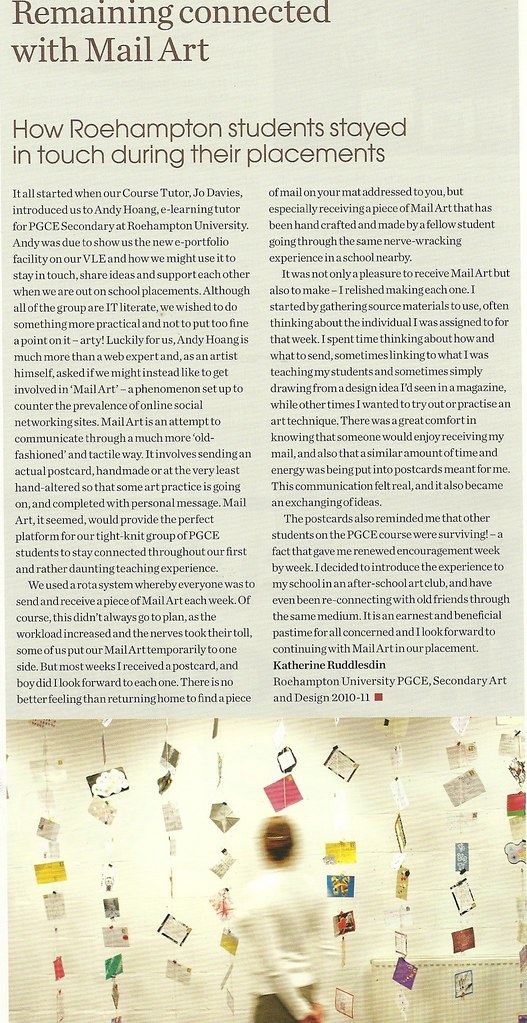 AD Magazine is the official magazine of The National Society for Education in Art and Design (NSEAD).

This month, issue 2 is out and my REAL wall makes an appearance, complete with a pic by me of Elena browsing some postcards!

The write up is by a student on the course and is about the mailart project I helped run in my university for the Art and Design secondary PGCE.

You can read more about the project here

(Apologies for the scan quality, I’ll try and get hold of a better one, this was sent to me by email and is horrible) 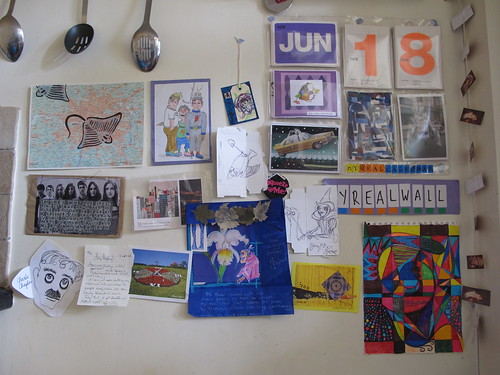 Look at that LOVELY Kiera Pannell Ray on Map. I am so in love with her artwork!

Ali’s colourful zentangle is great too, as is Nadine’s piece in the middle, which makes a repeat appearance.

One piece that really stands out here though is one that you can’t really appreciate unless you were to come over to my house and smell it. Gabby has sent me some doodles done on the back of a Dove soap packet. When I opened it I was hit with a lovely detergent smell – it was great!

Many of us are now more than halfway through Mailart365 and many of the pieces we’re getting here at my REAL wall HQ are still from participants on this project, including #200 from Katerina Nikoltsou. TWO HUNDRED! EEEEK! What have I unleashed!

This week, me and Elena got back on the mailart wagon ourselves, bashing out mailart every single night. It’s been great! So keep your heads up folk, some mailart could be heading your way soon! 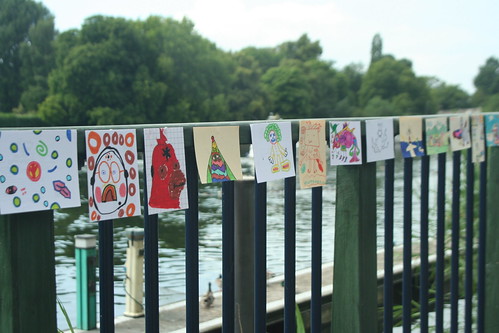 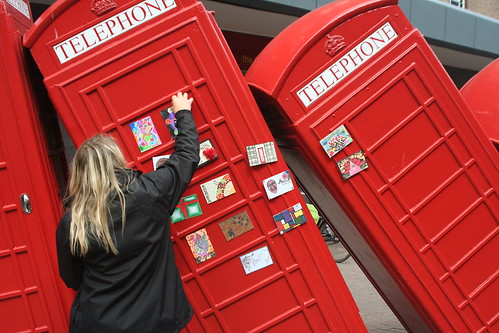 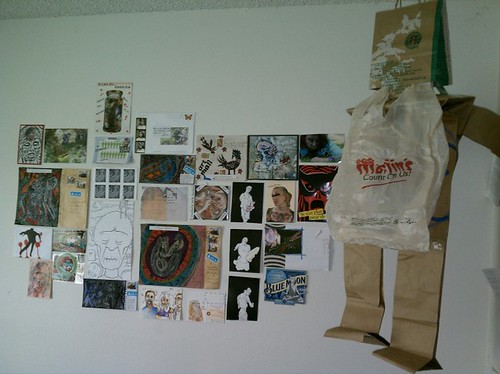 The mailart365 artist I’m a superhero and I can like fly and shit has been running the Mail of the Living Dead mailart call. Here’s the undead creations he’s received so far on his REAL wall! 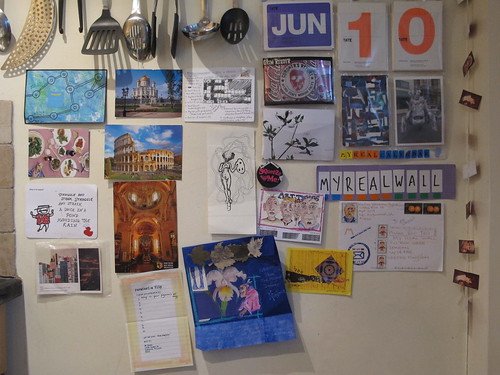 I’m lagging hugely at the moment with my REAL wall posts and on mailart365. falling about 100 posts behind. It’s quite demoralising actually, but I’ve taken my eye off the ball there, and have been trying to focus on getting even MORE people sending postcards on Twitter, linkedin and my new project schoolswaps

The aim of schoolswaps is to try and bring my worklife, which is teaching together with my passion for postcards and link teachers together in the post.

It seems to be going pretty well so far, with our first show already scheduled and I’m arranging a big swap called (rather unimaginitively I admit) The Great Big School Swap where I’m going to connect up as many classes as I can for a big postcard swap with classes from other countries. So far I have over 50 classes involved from 17 countries! By my calculations, that should amount to over 1,500 postcards going in the post on June 25, 2011!

So, my apologies for not posting your awesome postcards up as frequently as I used to!

Todays gems come from a number of new sources, which is really refreshing. One new contributor, Jose Day, found my REAL wall on flickr. Nastya and Kate from Eastern Europe and Erika all found me via Postcrossing and I sent postcards back out to the them earlier this month.

Mailart today comes from Dewi, Nadine Mojica, Farstarr and The Snailmailer B. Thanks to all of you and I hope to get things back to you soon! 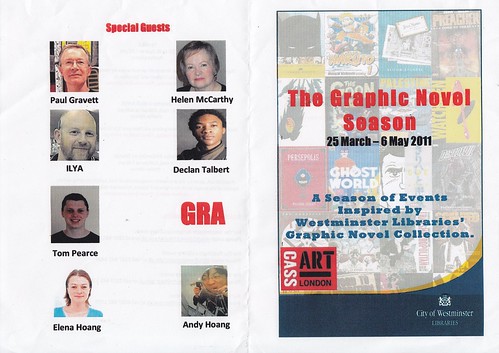 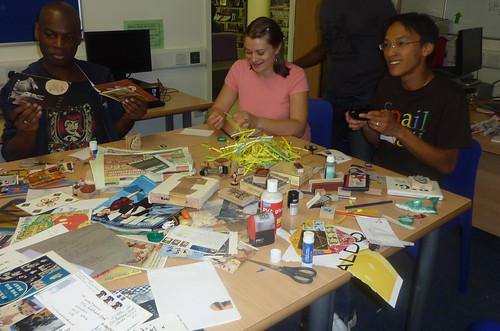 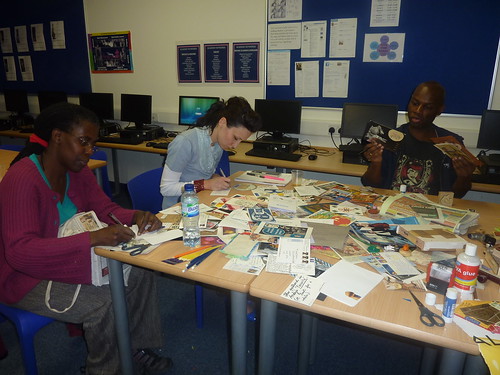 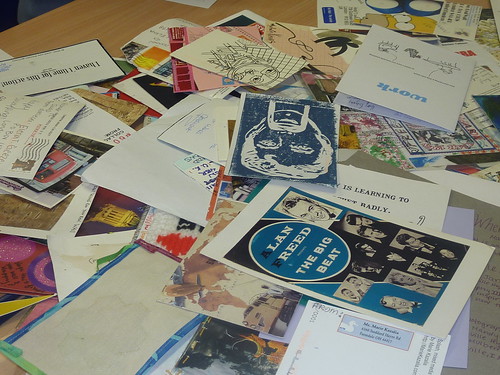