Following the success of the 5 postcards show, I was asked by the head of the department I look after, Education to put up the postcards in one of our most prestigious rooms in the university, the Portrait Room for an Education department meeting.

Me and Sue were superbly excited by the chance to get that sort of exposure, as the whole department we work for would get a chance to see our project, a project we strongly believe in. So we took the postcards down from where they were in room 122 in the library, and moved them all across to the Portrait Room in the morning. 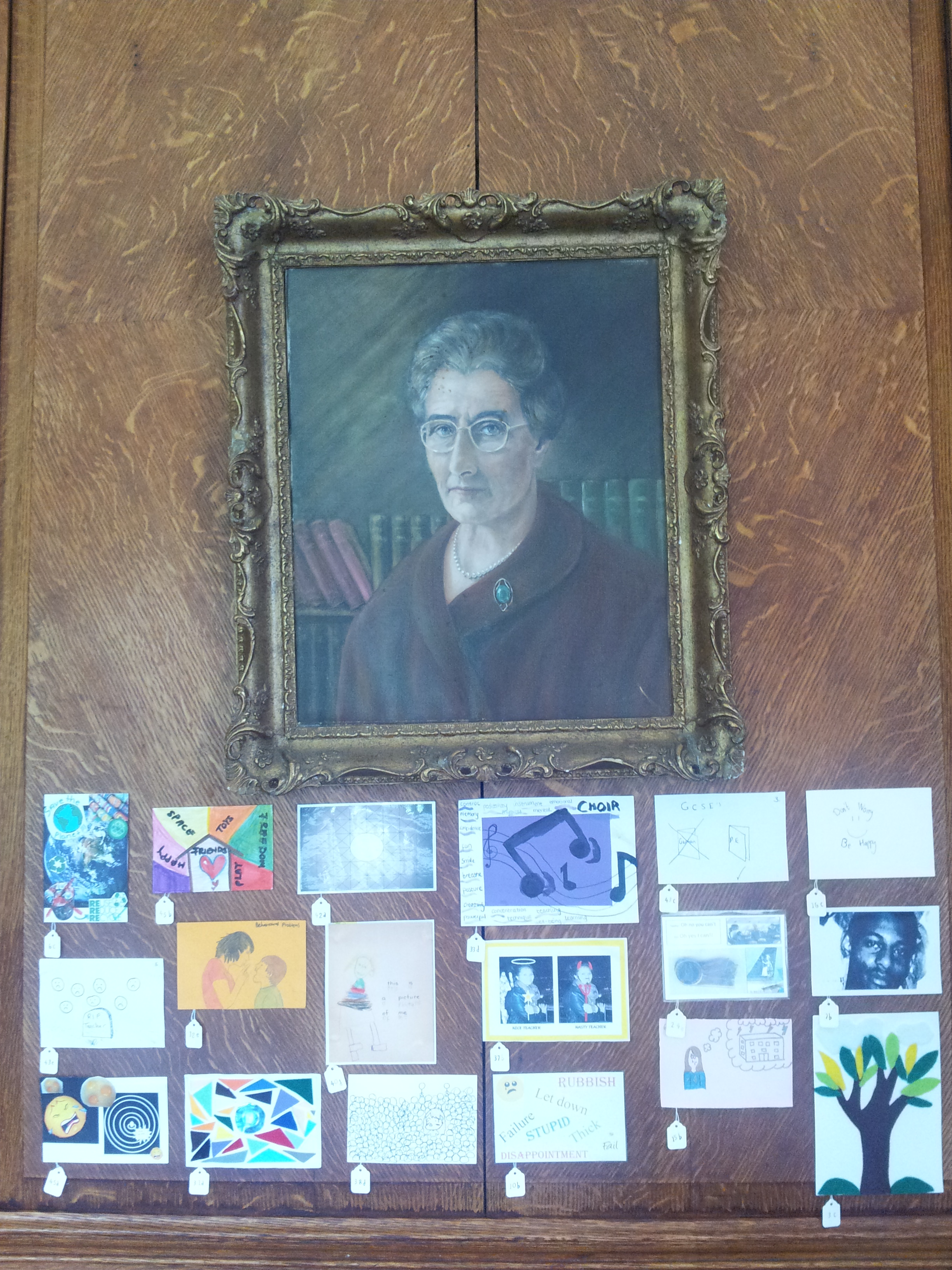 With 230 cards, we managed to fill the entire room, and it looked AMAZING. 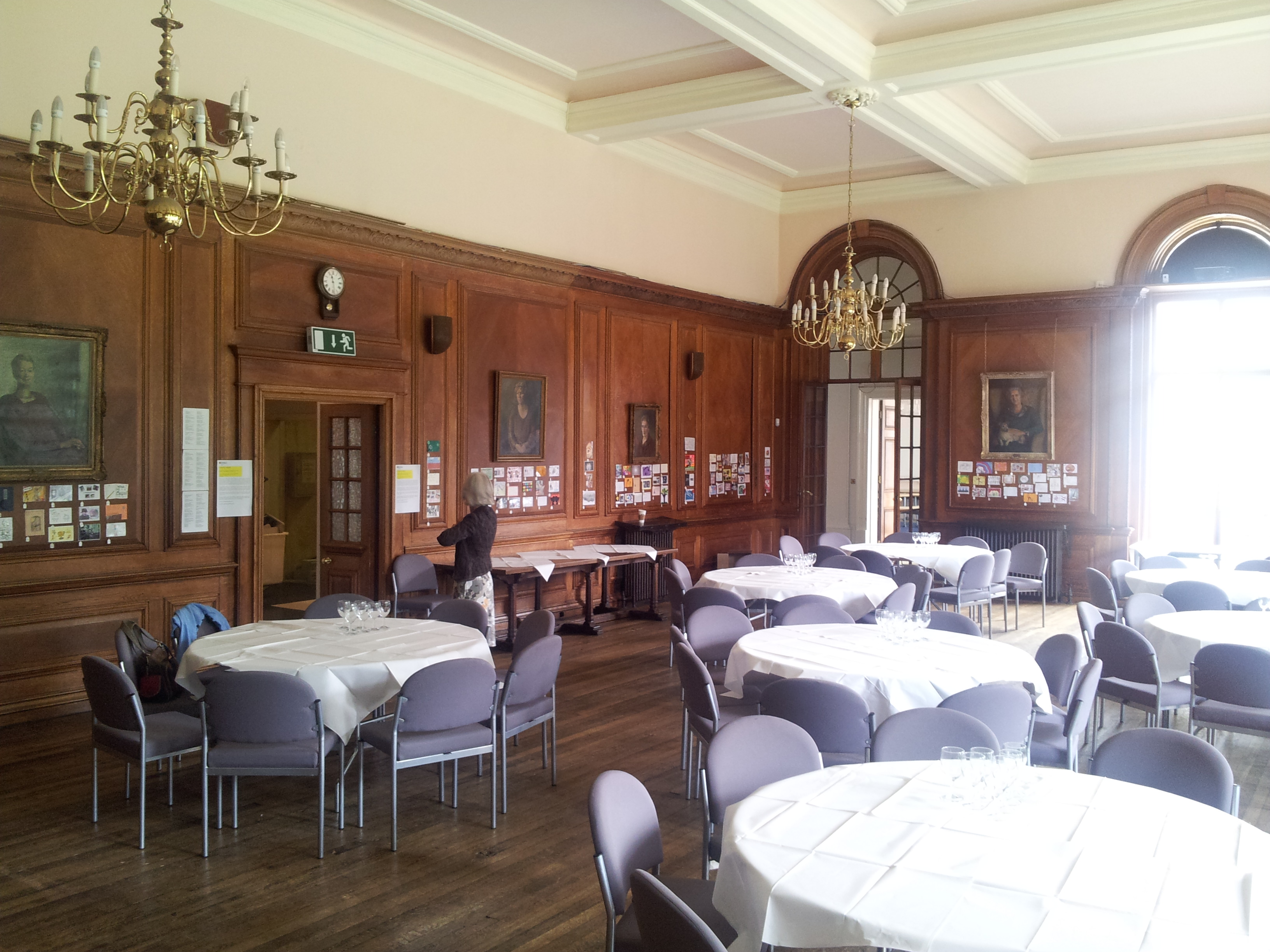 So, with a real sense of accomplishment after spending the whole morning posting the postcards on the wall, we slipped off to lunch.

When we arrived back, we found that some jobsworth properties/estates person had removed all the cards. Apparently the building is a listed building and no blu-tac was allowed on the wood panelling. Hmmmm Thanks. We were going to take them down straight after the meeting. Now, with 20 minutes before the meeting started, we had the task of getting all 230 cards back on the windows, and the cards were now a mess.

We did manage to do it with a few extra hands, but ultimately the effect was lost and we had to live with the postcards no longer having the impact we expected. Sue has a much more pragmatic attitude than I do (I just wanted to punch someone in the face) and assured me that the unexpected does happen and we need to accept these things sometimes. I still want to punch someone in the face.

The presentation went pretty well and some of the lecturers were really inspired by what we had to say about postcards in education, so we were grateful for the exposure even though some things did go wrong, but I guess that’s how it goes sometimes 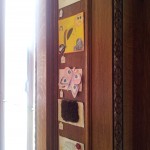 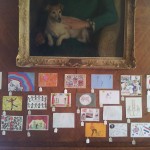 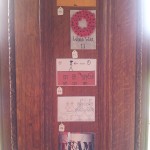 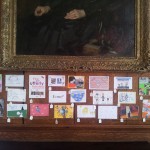 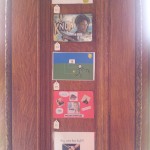 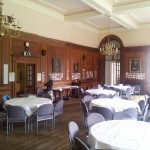 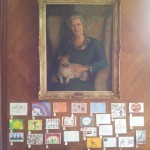 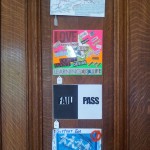 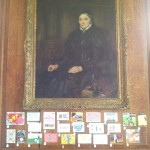 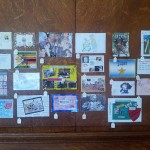 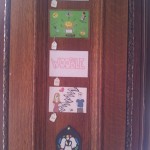 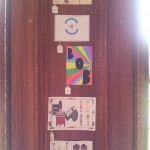 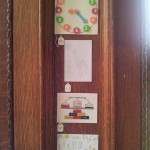 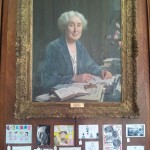