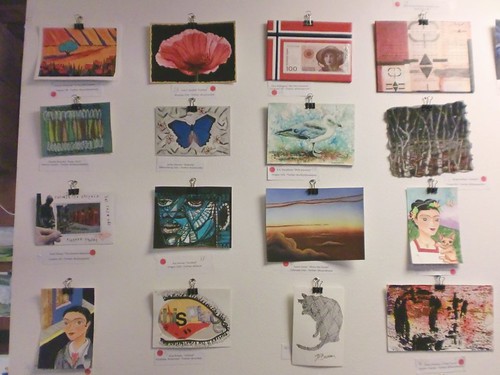 At the end of 2010, a little phenomenon happened on Twitter. Every artist I follow was suddenly tweeting with the hashtag #twitterartexhibition and saying that they were sending a piece to a guy called David Sandum.

I went on over to his site to see what the buzz was about, and saw that he was running a very cool mailart project requesting postcards for a show at his local library in Moss in Norway. He stated that he intended to sell as many pieces after the show in order to raise money to buy childrens books for the library.

Mailart and a good cause – I couldn’t resist! 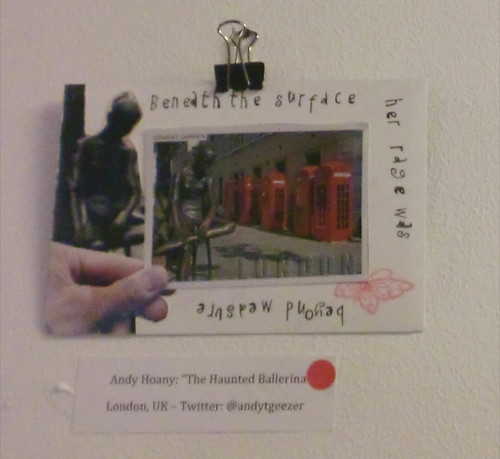 I sent in The Haunted Ballerina (Back), which i’m still really proud of.

My piece sold last month, for something like £17, which can buy a book or two.

Today, David posted pics of the pieces on the wall at the show. You can see The Haunted Ballerina in the first column, 3rd down.